Aura photography has experienced a resurgence in popularity over recent years. People love the mysterious aspect of this type of image that appears to show a person’s aura hovering around them.

This article takes a look at what aura photography is and why it has become so popular. We also explore where the idea for aura photography came from and how aura photos are made, along with a few tips on how to create your own.

What Is Aura Photography?

Aura photography is a form of portrait photography that is said to capture colors that represent a person’s aura.

Aura photography gained some popularity in the 1970s with the rise of the hippy psychedelic movement. In more recent years, people have paid more attention to aura photography as it appeared on Instagram.

A special aura camera, that uses instant film, makes a double exposure. The first exposure is of the person. The second displays translucent colors said to represent the sitter’s aura. These photographs are said to enable holistic health practitioners, yoga teachers, or energy workers to interpret a client’s spiritual state of being.

Wikipedia tells us this about auras. “According to spiritual beliefs, an aura or human energy field is a colored emanation said to enclose a human body or any animal or object.” Many faiths include auras in inspirational artworks. For example, look at any Christian icon painting and you’ll see a glowing halo around the saint’s head.

Aura photographer, Christina Lonsdale, believes that “As human beings, we radiate a very low level of electricity that’s otherwise known as an electromagnetic field.” This is what she captures using her Aura camera. The camera is set up inside the mini geodesic dome photography studio.

Believers in this faith-based genre of photography like to see the colors as representing spiritual health. Each color and the location of the colors in the portrait hold deep meaning. Practitioners of aura photography will interpret these portraits and enlighten sitters about their spiritual health, based on what they see in the picture. An extra charge often accompanies this.

Why Is Aura Photography So Popular?

Instagram became flooded with photos of people and their auras. Momentum on the social media platform gained even more traction as various celebrities, including Gwyneth Paltrow, took an interest and began to share their aura photos.

With the rise of social media and cell phone photography, people have become obsessed with seeing their own image. But sometimes, a quick selfie does not show a person at their best. This is the reason why so many apps smooth, lighten, and tighten skin. Now, along comes a way to not only show off how attractive you’d like to appear, but also a means of baring your soul. All with just a splash of color.

Many people seek a deeper understanding of life. They love to learn more about who they are, especially when it helps them feel good. Aura photography provides another means for people who are searching for affirmation. It’s different because it is visual.

What Are the Origins of Aura Photography?

Inventor Semyon Kirlian experimented with photographic plates in the 1930s. He accidentally discovered that an image could be made on a plate when connected to a high voltage source. It evolved and became known as Kirlian Photography and is the phenomenon of coronal electrical discharges.

In the early 1980s, Dr. Guy Coggins developed the first aura camera, the AuraCam 3000. This camera has now been replaced by the AuraCam 6000. These cameras allow modern photographers to capture the appearance of a person’s aura when made in a dark environment.

AruaCam 6000 cameras are available to order from the Aura Photo website. The camera will set you back around $16,000. Film for the cameras is the standard instant film that can be purchased in boxes of ten sheets for about $50 per box.

How Does an Aura Camera Work?

There is considerable mystery surrounding Aura cameras. It seems widely accepted that very few people can explain how these cameras work. As I carried out my research for this article, I noticed a drought of scientific or logical information on the topic. How the images are created on instant film, which is often past the expiration date, remains unclear.

The Aura camera is essentially an instant film camera shrouded in a larger box. There’s no way for the photographer to adjust the exposure settings. The shutter is triggered via a cable release.

Two hand sensors connect to the camera. When making a portrait, the subject places their hands on these plates. This is where the magic happens. Apparently, the plates gather biofeedback data and electromagnetic field measurements that are transmitted onto the instant film.

The variety of colors that appear on the image depends on the energy the subject emits through their hands. The two metal plates detect this energy and relate the relevant information back into the camera to be processed onto the instant film.

Do the Colors in Aura Photographs Have Meaning?

Here is a generally well-accepted list of color meanings in aura photography:

Understanding the colors and the shapes of each color is central to understanding their meanings. On the Aura Photo website, we learn that “Like any other part of your life, your aura has the ability to change, even drastically. Your aura may also be very stable. Even the most stable auras have minor changes in their peaks and dips, in their intensity, and in the hue. Life is all about change.” So from one aura portrait session to another, the image created will be different.

How Can You Replicate the Aura Camera Look?

It is very easy to replicate the look generated by the Aura Camera. All you need is a portrait, or photo of any object, on a black background.

Using Photoshop or any similar imaging application with a paintbrush, you can add color to your photo.

Open the photo and add a new, blank layer. Then select the paintbrush and set it to about 30 percent opacity. You don’t want to paint with it at full opacity as this will cover too much of the photo. Make sure the brush edge is set to have a lot of feather. This will make the color application look more authentic.

Select the first color you want for your aura. Use the list above to match how you are feeling or how you would like to feel. Then begin to paint. Random, arched blotches of color seem popular in this type of photograph.

Once you are happy with how your first application of color looks, change the color and add some more brush strokes. I find that using a large brush with short, curved strokes creates an interesting look.

When you have finished adding colors, make a new layer. Fill the new layer with black and set the blend mode to Soft Light. Reduce the opacity of this layer until it looks good. Depending on how much color you have added and the atmosphere you want, you can use a soft-erase brush to alter the look of the black layer.

Experiment as much as you like. Then you can add a new selfie aura photo to your Instagram feed every day to show people how you feel and how healthy your aura is.

The popularity of aura photography became more mainstream because of Instagram. So many people liked this fresh look that appeared to contain more than a simple snapshot. Looking deeper into the soul is not commonly associated with instant photography.

Whether you indulge in a portrait session with an Aura camera or create your own in Photoshop, I hope the experience helps you feel better about yourself.

Pretty, soft colors. The atmosphere of mystery created by the black background. Metal hand sensor plates and a special dark environment all add to aura photography. It is designed to be an immersive experience resulting in warm, fuzzy feelings that produce more dopamine hits as your friends share their love on social media.

What kind of camera is used for aura photography?

Popular aura photographs are usually made with the AuraCam 6000 camera.

The creator of the Aura Camera never states that a person’s aura is actually captured using the device.

How much does aura photography cost?

How much does an AuraCam cost?

The current price of the AuraCam 6000 is around $16,000. The cost of the instant film is about $5 per photo, depending on where the film is purchased.

Can your aura change?

An aura is believed to change over time. So if you have your aura photographed more than once the images are likely to be different.

Kevin Landwer-Johan is a professional photographer, photography teacher, and author. He has been passionate about photography for as long as he can remember.

Kevin began his career in newspaper photography in the late 1980s and worked in editorial photography for many years. After this he interned with a commercial photographer, learning many new skills. From there he freelanced, covering many different genres of photography ever since.

He ran his own award-winning photography business before moving to Thailand in 2002. Since then Kevin has continued to work in photography and also moved into video production. For the first ten years of his life in Thailand, he focused on producing media content, both photos, and videos, for non-profit organizations. He funded these efforts primarily through the sale of his stock photography and videos. In more recent years Kevin has discovered a great enjoyment in teaching photography. 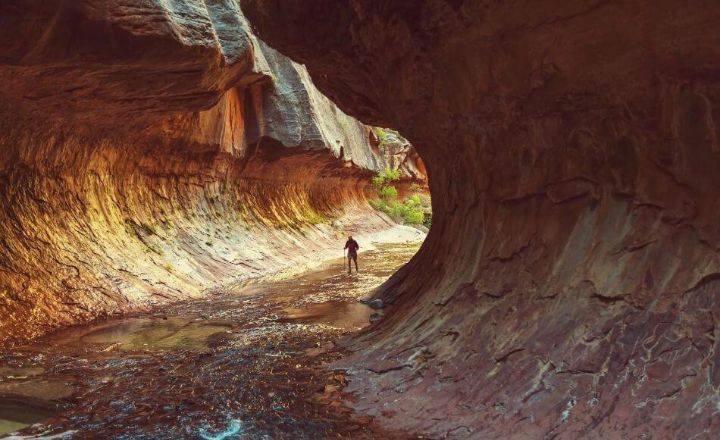 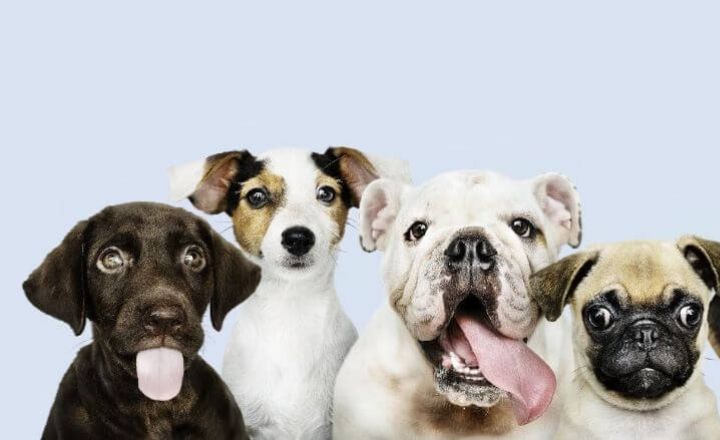 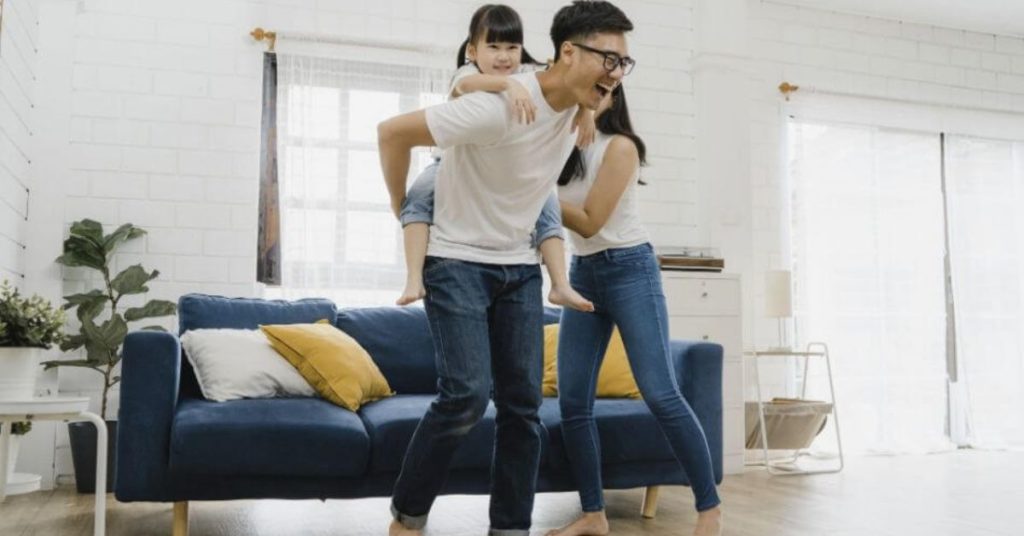